On the morning of August 9, sponsored by the Fuzhou Municipal Committee of the Communist Party of China and the Fuzhou Municipal People's Government, the “Jiangxi·Fuzhou (Guangzhou) Tourism and Leisure Industry Investment Promotion Conference” hosted by Fuzhou Tourism Commission and Fuzhou Municipal Bureau of Commerce was grandly held at Guangzhou Foreign Business Hotel. Held. The leaders attending the promotion meeting were: Fu Guoliang, deputy mayor of Fuzhou Municipal Committee and deputy mayor, and Zeng Xiaofeng, deputy director of Guangdong Tourism Bureau. The participants were: Fuzhou City, the third investment team, Fuzhou Municipal Government Liaison Office, Fuzhou Business The main leaders of the bureau or leaders in charge, the leaders of the counties (districts) of Fuzhou City and the heads of the brigade commissions (bureaus); special guests and merchants, travel agency representatives, a total of more than 150 people. The meeting was hosted by Yi Guangliang, Director of Fuzhou Municipal Bureau of Commerce.
At the promotion meeting, Luo Guoliang, member of the Standing Committee of Fuzhou Municipal Committee and deputy mayor, made a vivid speech with the beauty of three Fuzhous, bringing the leaders and guests of the conference into a kingdom of culture and ecology. The ancient and mysterious, subtle and enthusiastic Fuzhou Waving hands and smiling at the guests.

At the meeting, Zeng Xiaofeng, deputy director of the Guangdong Provincial Tourism Administration, expressed warm welcome to the deputy mayor of the Standing Committee of Luo Guoliang. I hope that the tourism industry of the two places will take the opportunity of the tourism promotion conference as a chance to promote each other in the line, mutual source of customers and enterprises. Strengthen exchanges and cooperation in areas such as mutual investment and information sharing, and seek common development in the tourism industry.

Subsequently, Chen Sufang, director of the Fuzhou Tourism Commission, introduced 9 tourism investment projects to the participating merchants. These nine tourism investment projects have aroused the strong interest of merchants. They all think that these projects have great potential and a broad market. They have expressed their willingness to pay for field visits and touch on Fuzhou’s talent and wealth.

A total of 14 projects were signed at the promotion meeting, with a contracted amount of 12.17 billion yuan. The specific projects are as follows:

Before the meeting, Luo Guoliang and his party met with Zeng Yingru, director of the Guangdong Provincial Tourism Administration. The two sides had an in-depth exchange on tourism cooperation between Guangzhou and Fuzhou. Zeng Yingru said that as a well-known Fuzhou native, she profoundly felt the earth-shaking changes in Fuzhou tourism, and felt the firm determination of the Fuzhou Municipal Party Committee and the Municipal Government to promote tourism development. She will continue to care for and support the development of Fuzhou, and scream for the rise of Fuzhou tourism.

Scan the QR code to read on your phone
We could not find any corresponding parameters, please add them to the properties table
Previous
None
Next
Jiu Waterfall Gorge drifting the first phase of the parent-child drifting river

The scenic spot is located in Zhaojia Town, the south of Le'an County, Fuzhou City. It is connected to the Jinzhu Waterfall in the south and the “first village in the ages”. It is a comprehensive tourist resort with ecological drifting, accommodation and vacation. 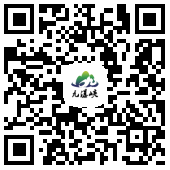